skip to main | skip to sidebar

So... while the world is focused on ISIS / ISIL / The Islamic State, what is al-Qaeda up to???

So... while the world is focused on ISIS / ISIL / The Islamic State, what is al-Qaeda up to???

As soon as Fox News called Pennsylvania for Barack Obama, I knew Mitt Romney was done.

Not that I ever thought Romney was the best representative for America, because he wasn't. That's precisely what the election proved.

But it didn't prove that Obama was better by any measure, and he cannot rightfully claim any mandate.

It's just really hard to beat Santa Claus among children clamoring for free goodies, especially if you're not firm in your principles.

Simply put, we lost because throughout this entire campaign season - not just on election day - conservatives did not show up in sufficient numbers in States where it counted. The final figures show that voter turnout was down enough to spell our doom. And our choosing Romney was ultimately to blame.

So over the next few years, we have to brace ourselves for the facts that more jobs will be lost, more businesses will close, more hard-earned wealth will be confiscated and transferred from those pulling the wagon to those riding in it, more of what makes America what she is will be denigrated and eroded, and more innocent babies will die inside - and halfway outside - their mothers' wombs until we are again given the chance to elect better representatives of who and  what we are.

From the moment Pennsylvania fell until sometime the following Friday, I consciously avoided almost all opinion and news sources other than non-election headlines.

But now my period of mourning and grieving for our country is over. Now it's time to get back to work.

Hopefully we'll all finally learn some lessons and move forward based on facts, not feelings.

Fact one is that this country is and remains a fundamentally center-right country, and we need to recognize, accept, and fully embrace that.

We need to stop denying it and apologizing for it and stop living in fear that we will be slandered as uncaring, hateful, or racist for simply expressing opinions or advocating policies based on tried and true principles, common sense, knowledge of both history and human nature, and the original intent of the Framers of the Constitution.

Then we need to aggressively and decisively rebut those who - like the garden-variety reprobates they often are - run over us by lying, slandering and pandering against us.

Modern political history has clearly shown that the Republicans - the only viable (but often only nominally) conservative party - lose when they nominate moderates and liberals, and win when they put forward conservatives.

The first order of business is that in the US House of Representatives, the GOP needs to elect new leadership. Our worry should not be that John Boehner sheds tears, but that he sheds principles.

Overall, Paul Ryan is a good candidate for leadership, but he needs to fearlessly proclaim what he truly feels. As his late great mentor Jack Kemp said, "A rising tide lifts all boats". That is simple fact, and it should be embraced.

Mike Pence, who in one of Tuesday night's bright spots was elected as Indiana's next governor, would have been a great choice in the uppermost echelons of leadership, but the GOP missed that chance.

I'd bet that in a few years, Pence will be transitioning from being another successful Hoosier governor to a top GOP presidential contender for 2020. (2020 - just think of the slogans that year will inspire!)

Next, the House leadership needs to reclaim its rightful and Constitutional power of the purse and refuse to fund Obamacare or any other unconstitutional act the Left puts forth.

As one blog commenter recently put it, "(T)hey too took an oath (which none of them have taken seriously for decades, but they still take it) to uphold the Constitution. It’s not an oath 'to uphold Supreme Court decisions'.”

In the Senate, the GOP needs to resist Harry Reid's newly announced plans to modify the rules to limit the minority's right to filibuster and to add amendments to proposed legislation. If those minority protections are lost, the Republican senators might as well retire.

If Reid succeeds, this will not just impede our ability to block egregious legislation, but even worse, it will fatally impact our ability and duty to block Obama's horrendous Supreme Court nominees and international treaties, including the anti-gun small arms treaty and the anti-sovereignty treaty on the law of the sea.

One only has to look at the grossly unqualified and disgusting Supreme Court appointments Obama has already made - Sonya Sodamayor and Elena Kagan - for a preview of his next nominees. These two have no real respect for the original intent of the Framers. And lately, they don't even pay it lip service.

As Alan Gottleib of the Second Amendment Foundation (SAF) recently put it, "Elena Kagan's lifetime of actions lay bare a clear intention to subvert our Constitution and its founding principles, thereby rendering her UNFIT FOR DUTY as a Supreme Court Justice [capitals his]."

We really should pray for the good health and long life of the justices, especially Scalia, Alito, Thomas, Roberts, and Kennedy.

They're certainly not perfect, of course, but if any of these five leave the court in the next four years and the Senate cannot or does not fully and forcefully oppose Obama's typical nominees to replace any one of them, the court's present majority will be lost.

With that loss, our country will be drastically and negatively impacted for a generation or more. And if Obama gets to replace two of them, I would truly fear for our country's survival. That's not an alarmist fear, it's a logical concern based on the very goals Obama has espoused for years.

Another simple but important thing conservatives need to do is join the National Rifle Association with the goal of extending their influence and reducing their level of compromise in the arena.

While in my heart of hearts I prefer the "no compromise" gun rights groups such as Gun Owners of America, the SAF, and Jews for the Preservation of Firearms Ownership, no gun rights group is bigger and more influential than the NRA, and no group trains more police officers, or trains more Americans in gun safety.

(Disclosure: I am an official NRA recruiter, and you can join the NRA or renew your membership through their home page or through my affiliate link, for which I would be personally grateful).

The NRA has been endorsing Sen. Harry Reid because he has been considered a "strong supporter" of gun rights, but I believe his pro-gun stance has been solely for political expedience, not based on principled conviction.

Besides, if he promotes Senate rule changes that further enable judicial candidates who will work hard to limit and even turn back our rights to self-defense, what's the point of endorsing him for the correct votes he happens to make?

Another silver lining in Tuesday's results is that Obama can no longer blame George W. Bush or anyone else for the performance of the economy.

It's all on him now. He owns it, and as a lame duck - perhaps the lamest of ducks in many years - he will bear the full blame of his failed and failing policies as they continue to cast decline and decay on the America we have known and loved.

But it is an America we can still restore if we'll just hold fast to the facts of history and human nature and get out there and vote. Every time. It truly does make a difference.

Brokered GOP Convention? The guy who could win is...

He could beat Obama hands down!

Toiling in the Communist Vinyards!

I mainly posted this so that the phrase "toiling in the communist vinyards" would show up in Google searches.

It's a phrase that the late Dr. William Steuart McBirnie (info here, here, and here) of The Voice of Americanism used in one of his books to describe the late Sen. Howard Metzenbaum.

I thought that phrase really hit the nail on the head, and it really struck a chord with me.

Reminds me of Maxine Waters and John Conyers,just to name two...

Until recently I was not very excited about who we had on deck for the GOP nomination.

Hell, I would have been delighted with a President Dick Cheney. :)

But now I'm starting to feel a little stirring in my soul, thinking about Perry/Palin 2012.

Perry has been accused of being a RINO, but he's solid on free enterprise, gun rights, pro-life, and the appointing of strict constructionist judges.

Very important points, despite some concern about immigration, etc.

How about this Cabinet lineup: 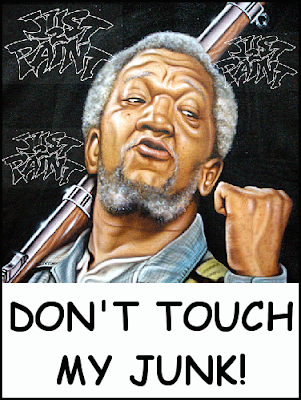